How To Know When to Remove Snow from Your Roof

How To Know When to Remove Snow from Your Roof 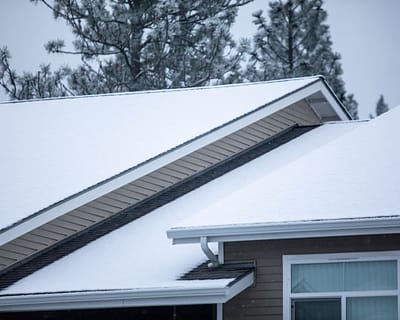 Removing the snow from your roof shouldn’t be a problem as long as there are no modifications to your roof and the building structure has stayed the same. In theory, roofs are designed to withstand the weight of snow that is common to the local geography.

However, there are situations when the snow is accommodated well beyond the expected threshold, mostly due to harsh weather or longer periods of freezing rain. Under these conditions, there can be an excessive layer of snow on the roof and this may be a cause for concern.

Homeowners are often motivated by the pile of snow they see on a Sunday morning and take up the shovel to take it off. Or they see a neighbor do it and think it’s time for them to clean their rooftop, even though both houses aren’t necessarily the same.

Not just that, homeowners are often unfamiliar with the levels of snow which can be troubling. And ignorant of the fact that a certain amount of snow is actually good in a multitude of ways. Because of this, whenever they pick the shovel, they shave off all the snow on the roof entirely. While others, unbothered, only get rid of the ice dams formed on the edges.

In reality, it’s a bit more complex than that. There are ways to assess the condition of a roof and the level of threat to your roof due to the snow. In this article, we’ll answer the most frequent questions homeowners have in regard to removing the snow on their roofs.

In Need of a Roofing Estimate? Schedule One Now!

Are There Any Benefits To The Snow On Your Roof 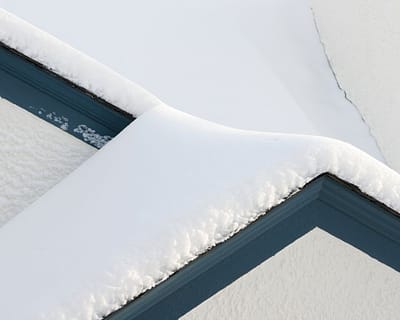 Having a layer of snow on your roof isn’t always a bad thing. There are some advantages to it.

A layer of snow can act as insulation and help prevent the escape of heat through your attic. If the snow on your roof is melting, it could mean that there is an escape of heat from your attic. Warm air from the house will rise and escape through any possible vents throughout your roof, consequently melting the snow.

Before You Remove The Snow from Your Roof- Consider This! 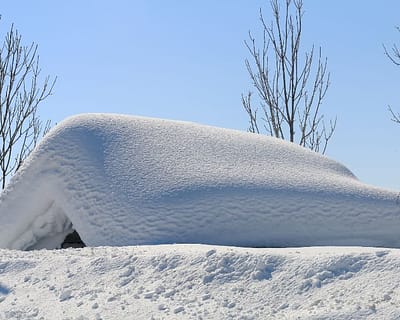 While there are a few benefits to keeping the snow on your roof, it’s not always healthy to have a layer of snow of abnormal thickness on your roof. But before you take the decision to clean it off, here are a few things you should know.

How Do You Know When To Remove Snow From Your Roof 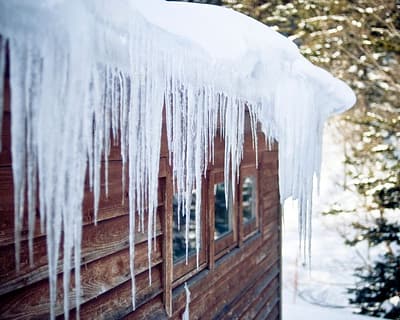 Water spots on the ceiling are the first indicator that there’s too much snow on your roof. If you notice a few minor cracks on your drywall, this could also be a sign that your roof is pushing down on the structure of your house.

The buildup of ice dams on your roof, too, is an indicator that there’s too much frozen water accumulated, and this should be given special attention. As they weigh five times more than snow and therefore possess the capacity to do damage to your roof in more than one way. Along with this, also look out for any brown stains throughout your house, normally created due to the water that sweeps in the cracks in your roof. This could be an indication of snow damage to the property.

There’s also another way that professionals commonly use to assess the level of seriousness of a snow layer. Which they do by checking whether the doors at the center of your house close properly. If they normally do, and they don’t when there’s snow present, this could mean that it’s time to pick up the shovel or call a professional to clear away the snow.

Conclusion: When to Call for Snow Removal Off Your Roof 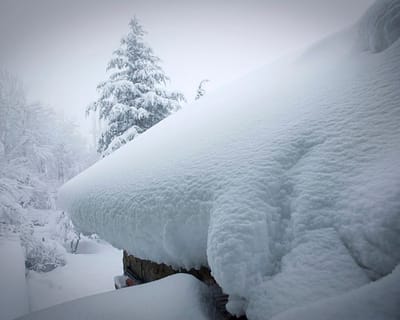 Any of the above-mentioned conditions should be an indication that the snow on your roof should be removed. And while it’s common for homeowners to take on the job themselves, it’s best to leave the job to the professionals.

Roofing Professionals come with years of experience and know the ins and outs of the process that you, as a homeowner, aren’t familiar with. By attempting to remove the snow yourself, you could be putting yourself at risk, since there are some safety concerns to think about.

Hiring roofing professionals for snow removal will help you get the job done more efficiently and in less time. And their opinion on the condition of your roof could also be of value, and save you from potential future mishaps. Lastly, if you aren’t sure, get a professional opinion on whether it’s the right time to remove the snow. They know it best.

We are Insurance Claim Professionals. Purchase a new roof with an insurance claim, and get 6″ gutters & downspouts for FREE! Contact us for more details.